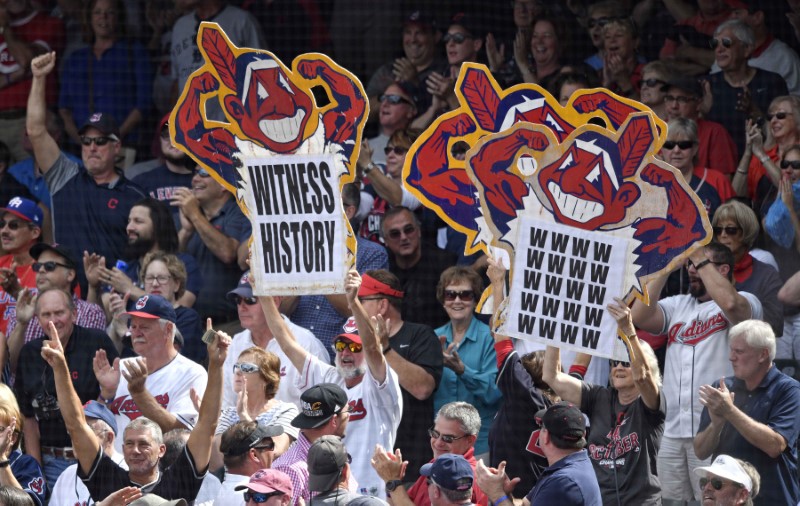 NEW YORK – The Cleveland Indians will remove the grinning “Chief Wahoo” logo from their uniforms beginning in the 2019 season, the baseball team said on Monday, in a bow to critics who have long assailed the image as a racist Native American caricature.

The decision, which could raise pressure on other U.S. sports teams to abandon similar imagery, came after a year of discussions between the Indians and Major League Baseball, the governing organization led by Commissioner Rob Manfred.

MLB had urged the team to remove Chief Wahoo even though many of its fans had wanted to keep the logo, which made its debut in 1947, according to a statement issued by MLB and the Indians.

“While we recognize many of our fans have a longstanding attachment to Chief Wahoo, I’m ultimately in agreement with Commissioner Manfred’s desire to remove the logo from our uniforms in 2019,” Cleveland Indians owner Paul Dolan said.

Cleveland Mayor Frank Jackson said the decision was good for the city.

“I applaud the team’s decision to show the city, nation and world that Cleveland is an inclusive place that values all diversity – in this case showing greater honor to our nation’s first people by retiring the Wahoo mascot from uniforms,” he said.

Clyde Bellecourt, co-founder of the Minneapolis-based American Indian Movement, or AIM, said Chief Wahoo was the “ugliest” of the many mascots based on Native American caricatures used by American sports teams.

“It’s about time, we’ve been after them for years,” said Bellecourt, 81, a member of the Chippewa tribe.

The Indians will still feature the logo, a cartoon figure with red skin, a toothy smile and a feather in his headband, on merchandise sold in their stores in northeast Ohio and in Goodyear, Arizona, where the Indians hold spring training.

Using the logo on merchandise will also allow the Indians to retain control of it as a trademark as well as help fans keep their “connection” with the character, the statement said.

The team may look into creating a different logo in the future, but will continue for now using a capital ‘C’ as its main symbol, said the statement, which added the Indians had no plans to change the team’s name.

The Chief Wahoo logo was at the center of a legal dispute in Canada when the Indians played the Toronto Blue Jays in the 2016 American League Championship Series.

Following an allegation that the logo was offensive to indigenous people under Canadian law, a judge ultimately allowed the team to display it while playing in Toronto.

“Cleveland’s decision should finally compel the Washington football team to make the same honorable decision,” Ray Halbritter, a member of the Native American Oneida Nation who leads the Change the Mascot campaign, said in a statement.

Members of AIM are planning to protest outside an NFL dinner in St. Paul, Minnesota, on Thursday, three days before the Super Bowl. The group hopes that NFL Commissioner Roger Goodell will step up pressure on Redskins owner Daniel Snyder to change the team’s name.

A spokesman for Snyder, who has opposed the name change in the past, said in an email to Reuters that the franchise “will refrain from making a comment.”

Representatives of the Braves, Blackhawks and Chiefs did not immediately respond to requests for comment on Cleveland’s decision.