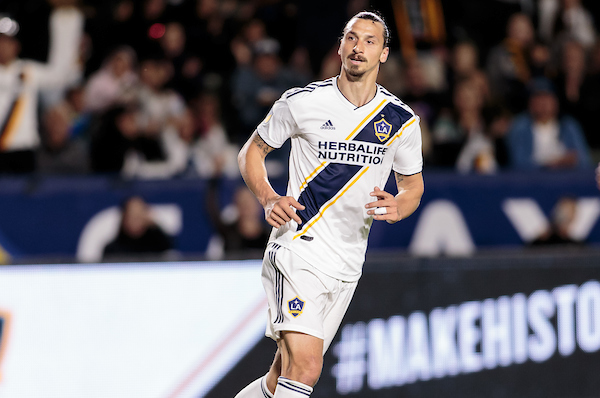 SANTA MONICA — The LA Galaxy hasn’t looked on point as much as it did last night in its 3-0 victory of the Real Salt Lake Saturday at home.

The Galaxy laid it on heavy against Salt Lake. LA took shot after shot Saturday, and while the home team tallied 10 shots on goal on the night, the Galaxy took a number that Salt Lake denied long before they could make it to goal. A scoreless first half was anything but boring as the Galaxy record four shots that never saw the stat sheet due to early stops while Salt Lake made the majority of its advances in the first 20 minutes of play.

However, the Galaxy persisted going into the second half, advancing on Real Salt Lake further as the night went on. LA found its first break in the 61st minute when Salt Lake goalkeeper Nick Rimando misplayed a ball, allowing the Galaxy to hand the first blow. A high ball kicked by the Galaxy’s Chris Pontius should have resulted in an easy clear by Rimando, but the keeper misplayed the ball, punching it just enough behind him for forward Zlatan Ibrahimovic to drive in and head the ball into the back of the net.

The play broke the barrier as over the next 16 minutes the Galaxy put in its remaining two goals. Ibrahimovic headed in a second goal in the 67th minute while Ola Kamara slid one underneath Rimando in the 76th.

The Galaxy improves to 6-2-7 on the season and return to the pitch Friday to face Portland in the Round of 16 for the U.S. Open Cup.