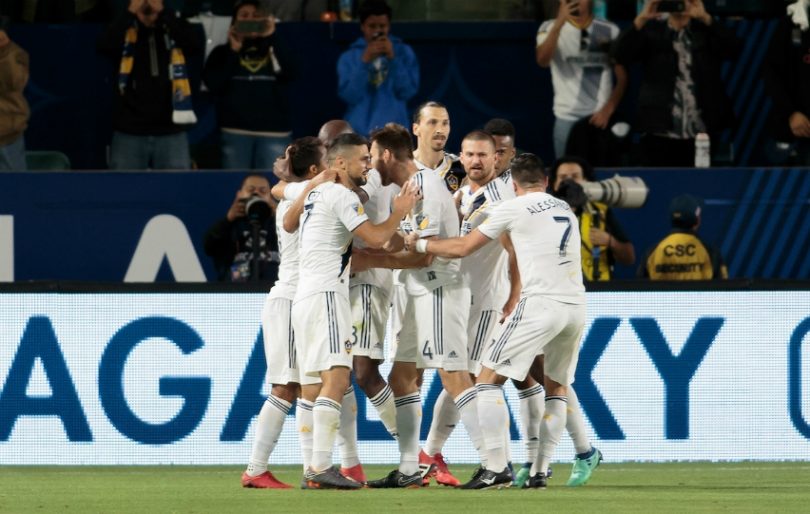 SANTA MONICA — It’s a good day to be a Galaxy fan. After a dropping back-to-back two goal leads in its last two matches, LA Galaxy finally sprinted ahead for a 4-0 shut out over the Columbus Crew on Saturday.

After watching both its leads gets squandered over the last two games, LA Galaxy’s defense stepped up against Columbus. The backline managed to disrupt several big Columbus play including through ball that slipped behind the backline. Rather than give up a game-changing goal, the Galaxy’s defense ran the ball out of bounds beside the goal, keeping the Crew down 1-0.

Having overcome their defensive struggles, the offense pushed its prior performance. Ola Kamara broke through the Crew’s defense and collected a pass from A. Cole, booting in the pass for LA’s first goal in the 42nd minute. Columbus frustrated after being denied a goal, choked up a foul in the box in the 56th minute. Zlatan Ibrahimovic puts the shot in by sliding it under the Columbus keeper. Romain Alessandrini rounded off the night with a pair of goals in the 67th and 93rd minute.

You had to know @olakamara would get a goal against his former club. #LAvCLB

The Galaxy saw much improvement with the return of Giovani and Jonathan Dos Santos to its midfield. The brothers returned from playing with the Mexico National Team in the World Cup after being knocked out last week. They brought the stability  to the field that the Galaxy had been missing over the last couple of weeks.