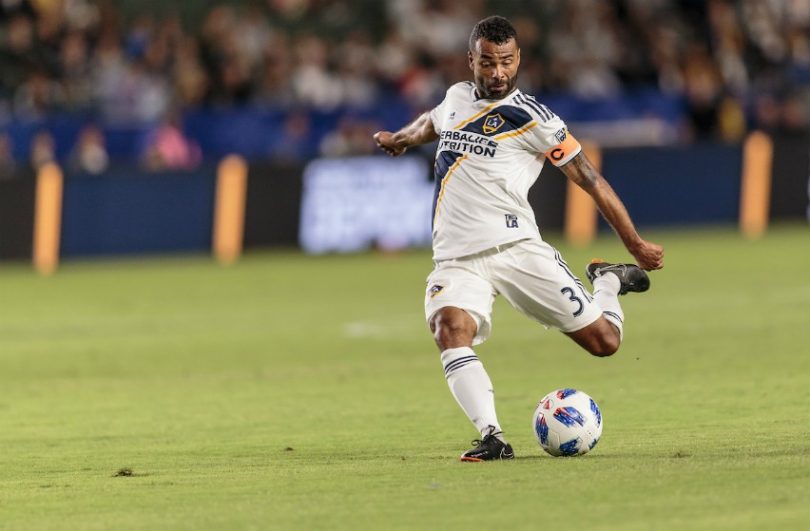 SANTA MONICA — Nothing builds the hype of a game like goals, red cards and 21 fouls. The LA Galaxy rallied against the New England Revolution for a 3-2 win on Saturday at Gillette Stadium.

It was a rousing game of soccer unlike any other. By the 23rd minute, New England’s Cristian Penilla walked off the pitch after receiving an instant red card for kicking out at Romain Alessandrini, leaving the Revolution with a 10-man squad against the Galaxy. It didn’t seem to hinder the home team as Diego Fagúndez popped a shot over LA keeper David Bingham’s head for a 1-0 lead in the 28th minute.

However, LA was anything but quiet by the end of the game. Ashley Cole received his second yellow, forcing him off the field in the 85th minute. Looking bad for LA as it looked at a 2-1 deficit, New England looked poised to take the game with only five minutes left on the clock. However, the Galaxy had better plans, taking advantage of the stoppage time. Alessandrini bent a corner to David Romney who sat in wait at the far post and headed the cross into the net in the 92nd minute. A minute later, Chris Pontius flicked his second goal of the night over the crashing New England keeper to steal the lead for LA. It was a crazy ending to a crazy game in simple terms.

The Galaxy moves to 8-4-7 on the season while the Revolution falls to 7-7-5. LA returns to the pitch on Saturday, July 21, to face the Philadelphia at 4 p.m. at Talen Energy Stadium.