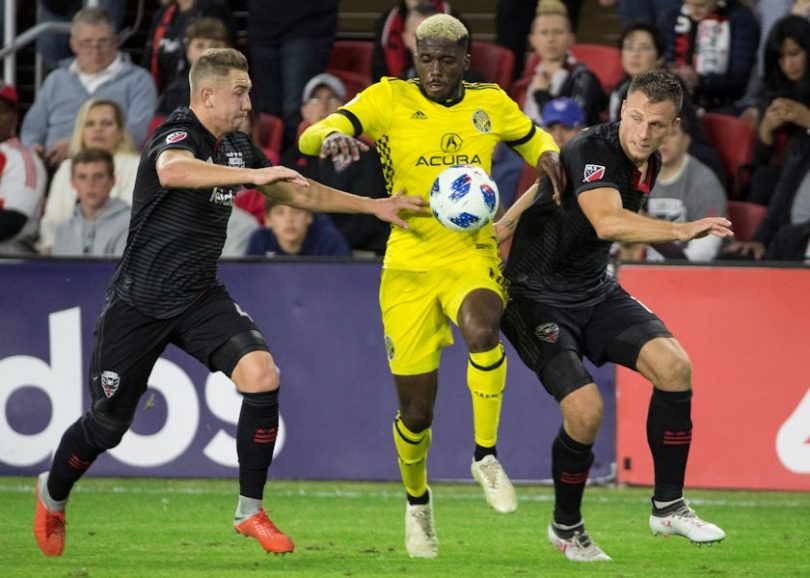 Columbus, OH / SANTA MONICA – 27 year-old Gyasi Zardes led Crew SC in goals scored during the 2018 MLS regular season giving the power forward a career-high 19 strikes during regular-season play.   Zardes is the highest scorer in the MLS 2018 season. In addition to setting a new career-high in goals, Zardes’ 19 strikes moved him into third place on Crew SC’s list of most goals scored in a single MLS regular season, behind only Stern John (26 goals in 1998) and Kei Kamara (22 goals in 2015).

While playing with Los Angeles Galaxy, Zardes, earned a reputation as a scorer and power player.   Zardes, originally from Hawthorne, California has at least 37 international CAPS.   The forward’s stellar season saw him win the 2018 MLS Comeback Player of the Year award, becoming the first player in Crew SC history to win the honor.

In addition to leading Crew SC in goals during the 2018 regular season, Zardes also led the club in the following categories: game-winning goals (four), minutes played (2,948), shots (88) and shots on goal (40). Of Zardes’ 19 goals in regular-season action, 17 were scored at MAPFRE Stadium, including three braces before he capped the regular season with his first career hat trick in a 3-2 home win over Minnesota United FC on October 28. In 2018, Zardes was named to MLSSoccer.com’s Team of the Week four times, (Weeks 2, 11, 24, 35), while also being named the Alcatel MLS Player of the Week on two occasions (Weeks 11, 35).

Despite nearing the 3rd century mark, Zardes is expected to play for several more seasons.