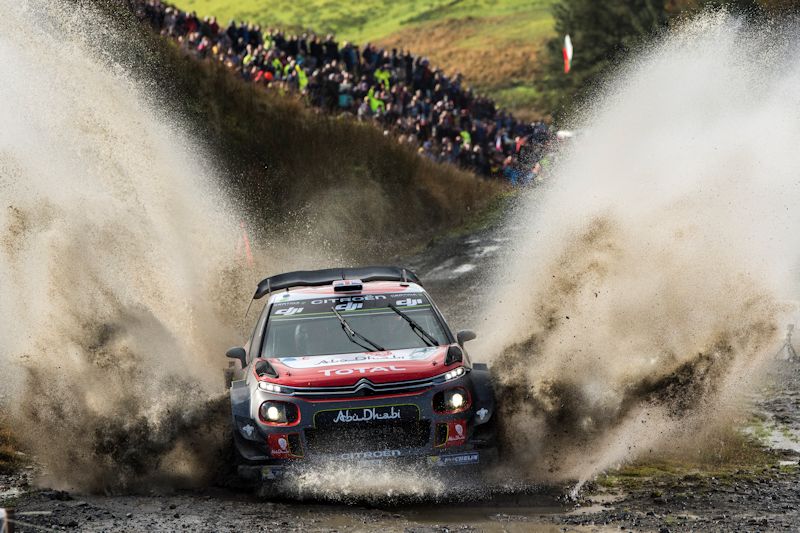 Welshman Elfyn Evans won three of the six slippery speed tests in the mid-Wales forests on Friday to head M-Sport team-mate Ott Tänak by 24.6sec. Sébastien Ogier moved another step closer to a fifth world title in third, as the British team held a clean sweep of the top three.

Evans, whose popularity among home fans prompted them to name a corner in his honour, revelled in the muddy conditions using a new range of tyres developed for such weather.

Sunshine and mild temperatures did little to dry the forest roads and Evans prayed for similar conditions tomorrow when this penultimate round of the FIA World Rally Championship passes within 5km of his home.

“Hopefully the sunshine will go away – and I don’t say that very often in Wales,” joked the Ford Fiesta driver. “There’s been a bit of pressure leading my home event but this is a great position to be in. Tomorrow will be the key day.”

Constantly changing grip levels meant drivers struggled for confidence this morning but Tänak remained within striking distance of his colleague. But the Estonian was never comfortable with his Fiesta’s balance and was distanced this afternoon.

Ogier admitted he was not brave enough in the slippery sections but profited from Tänak’s frustrations. He claimed a stage win and ended as the sandwich between Tänak and Thierry Neuville, the only drivers who can prevent the Frenchman from clinching the title here.

Neuville was 10.3sec adrift of Ogier and even more irritated than Tänak. He received a 10sec penalty last night after arriving late for the curtain-raising Tir Prince test when his Hyundai i20 refused to fire up.

The cause remained unresolved and a stalled engine at only the third junction of today’s opening Myherin stage, severe understeer and the handicap of co-driver Nicolas Gilsoul losing his voice added up to a tough time for the Belgian.

Jari-Matti Latvala struggled with understeer and lack of traction in his Toyota Yaris. The Finn was fifth, a tenth of a second ahead of Kris Meeke, who was in the top three this morning before sliding back in the second loop.

Saturday is a 17-hour marathon containing nine stages and 142.38km. An early restart heralds a gruelling loop of more than 110km without service or a tyre change, before competitors face two tests in darkness.