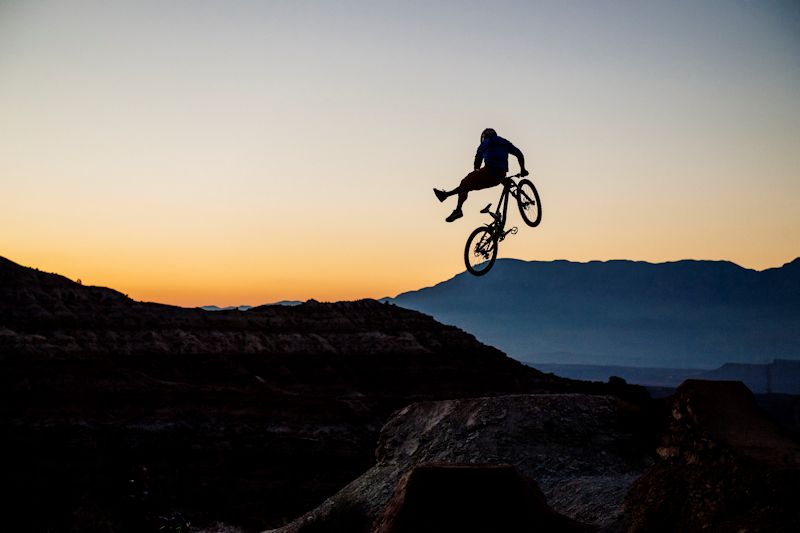 Brandon Semenuk, Kurt Sorge and Kyle Strait are all positioned for a hat trick of wins in MTB freeride’s premier event, Red Bull Rampage, in Utah in the USA this weekend.

The red rocks of Virgin hosts Rampage the biggest test of gut, skill and creativity in mountain biking.

October. 27 will mark the 12th edition of the contest, where 21 of the world’s greatest freeride mountain bikers will descend upon the Virgin mountains.

Elite riders from freestyle, freeride and downhill will attempt to ride down this frightening mountainside in one piece and, at the same time, impress the judges by doing insane lines and unimaginable tricks. To make things more interesting, a new ridgeline route will be added to last year’s terrain.

This invitation-only event has been going since 2001 and Utah is its fourth venue. The riders and their crew have only three days to prepare and design their lines down the sandstone mountain.They will be tested on near vertical slopes that most people wouldn’t even walk down, let alone cycle down. No two riders will follow the same path down.

Red Bull Rampage is not a race against the clock. The rules are simple – get down the mountain in one piece while performing the slickest tricks and the steepest lines in the most spectacular and stylish way to impress the judges.

There are no qualifying runs, each rider will get two race runs, where the highest scoring run wins. Who will be able to hold their nerve in this annual test of skill and take gold?