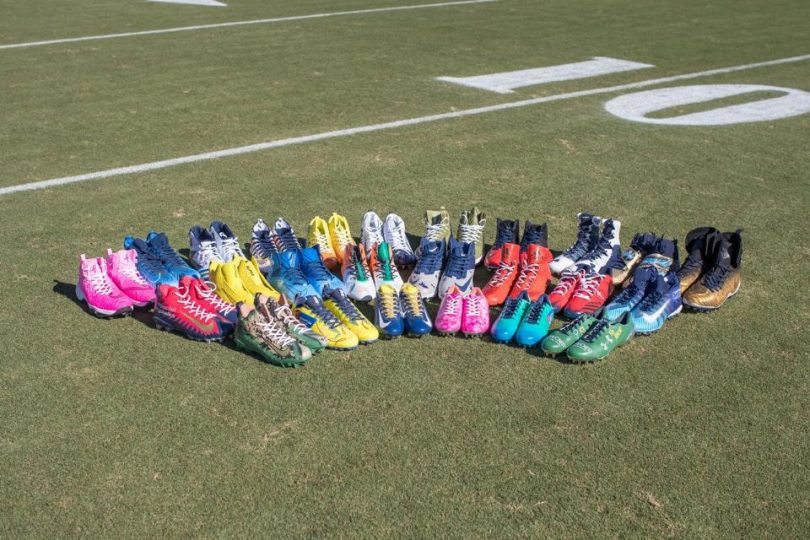 SANTA MONICA — Last year, Houston’s JJ Watt made a splash on social media as he sought out retweets to determine the amount of money he was going to donate to hurricane relief, but he’s not the only NFL player making a difference. 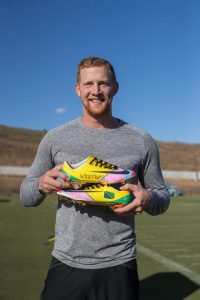 Rams’ punter Johnny Hekker joined forces with Philadelphia defensive end Chris long in 2016 to do something big in the world to help others. The punter takes to social media every year in hopes to raise money for the Chris Long’s foundation, Water Boys.

The foundation seeks out athletes across the NFL to help raise funds to provide clean water in Africa and was named after the overlooked position of the waterboy in football. In 2018, it was announced that the foundation hit its initial goal of donating 32 wells — in honor of 32 NFL teams — and will be seeking to continue to build more wells.

Last season, Hekker posted on Pledge It, challenging fans to pledge a donation for every punt inside the 20 he records through the season in an effort to raise funds further for Water Boys.

But he’s not the only Ram seeking to make a difference. However, Aaron Donald sought to bring things a little closer to home.

The defensive tackle for LA has become a big proponent of the Make-a-Wish Foundation, donating, repping and assisting in their efforts to make children’s wishes come true. The foundation works to make the wish of every child diagnosed with a critical illness to come true. Since the foundation started in 1980, it has helped over 285,000 children has benefitted in receiving hope from the one wish can bring. 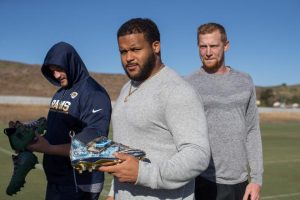 Aaron Donald gives the camera a peek at his Make-A-Wish Foundation cleats.

Donald, however, doesn’t just rep the name or help donate money; in January, he helped grant a wish to Colson, a long-time Ram’s fan, bringing him to the Rams versus 49er’s game this past season. Colson was able to meet and hang out with Donald before and after the game and was the Ram’s honorary waterboy during the game. Donald gave Colson a signed football as well as his “My Cause, My Cleats” cleats.

Donald and Hekker aren’t the only advocates for charities, playing for LA. For the full list of players and their chosen organization, click here. Also check out what the Chargers are doing for My Cause, My Cleats.