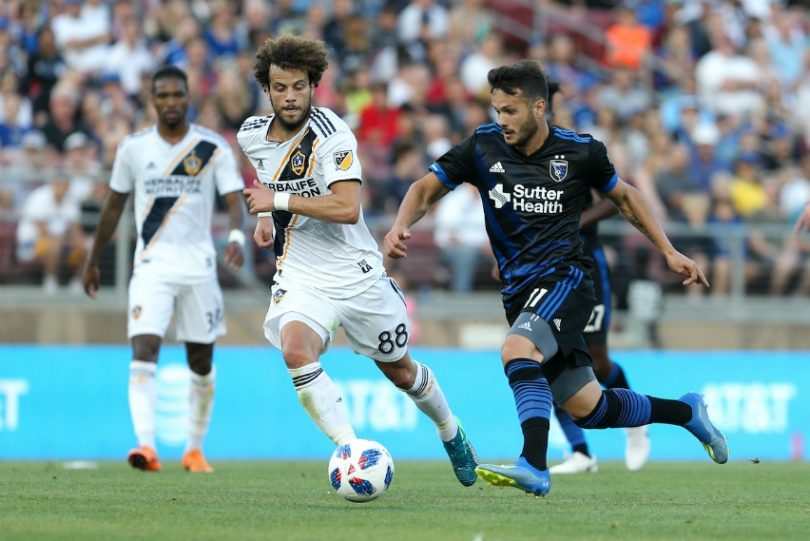 SANTA MONICA — What started as a great match for the LA Galaxy quickly took a turn for the worst as it failed to hold off opponent San Jose, tying  3-3 Saturday at Stanford Stadium in the Cali Clasico.

LA Galaxy’s offense was on top of everything Saturday. By the end of the first minute of play, Zlatan Ibrahimovic managed to get a shot off as a defender reached him. The shot went around and over the San Jose goalkeeper’s hands, jumping the Galaxy out to a 1-0 lead. San Jose countered within the next 10 minutes to equalize 1-1, but the Galaxy’s front line couldn’t be stopped.

@iamzlatanibrahimovic put the boot through this one 👀💥

LA’s Romain Alessandrini took a free a kick in the 20th minute to the right of the 18. While the Galaxy crashed, Alessandrini took his chance, bending the ball in to the near post through the keeper’s hands. Not five minutes later, the Galaxy repeated the process as Ibrahimovic booted the free kick low and slid the shot below the keeper, extending LA’s lead 3-1.

Unfortunately for the Galaxy, it wasn’t enough of a lead to keep San Jose away. While it was apparent both LA goalkeeper David Bingham and San Jose goalkeeper Andrew Tarbell were having off days, it was the defenses making all the mistakes and putting their keepers in compromising situations.

Two of San Jose’s three goals came off penalty kicks while Valeri Qazaishvili nutmegged a LA defender and caught Bingham off balance to score from the top of the 18. LA’s defense cost them the rest.

After LA’s first goal, Bradford Jamieson tripped Magnus Eriksson inside the goal box as the San Jose midfielder broke through the Galaxy’s defense, sending San Jose to the line for a penalty kick.  While Bingham managed to save the initial kick by Chris Wondolowski, he was unable to hold on and prevent Wondolowski from following through on the rebound for the 1-1 equalizer.

The Lion does not rest. It’s another goal for @iamzlatanibrahimovic!

LA defender Michael Ciani sent them to the penalty line again in the 69th minute as he attempted to prevent San Jose’s Danny Hoesen but ended up pulling Hoesen him down. Once again Wondolowski took the penalty kick and slipped it under Bingham on the first shot this time, dashing the Galaxy’s hopes of winning.

The Galaxy moves to 6-3-7 on the season as San Jose continues to sit at the bottom of the Western Conference with a 2-6-9 record. The Galaxy will continue its season on Wednesday, July 4th at 7:30 p.m. before facing Columbus on July 7th at 7:30 p.m.