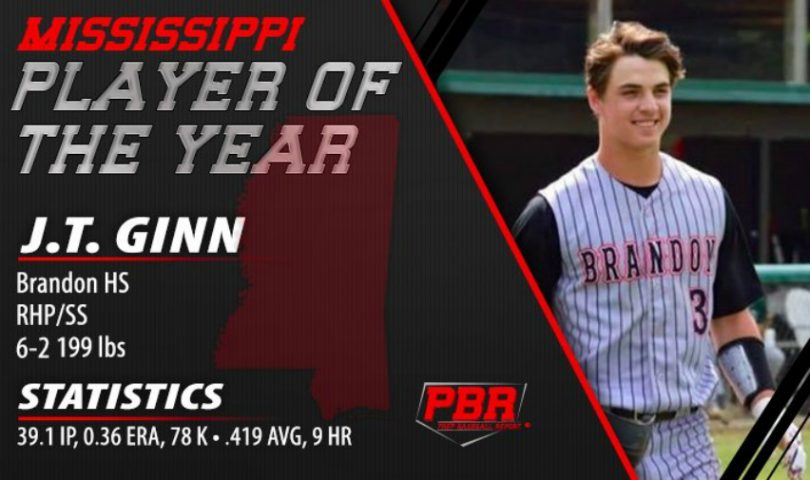 SANTA MONICA — Could you turn down a contract with a pro sports team? That’s exactly what J.T. Ginn did after being selected in last month’s amateur draft. The high school pitcher was selected as the 30th overall pick with his spot valued at a $2,275,800 signing bonus.

After being drafted by the Los Angeles Dodgers in the first round, I had a lot to think about over the last month. My ultimate goal is to one day play in the Major Leagues, and the draft provided one path to that goal. College baseball offered another path. I am grateful for both opportunities, and after giving it a lot of thought I have decided to pursue my lifelong dream of playing college baseball for the Mississippi State Bulldogs!!! #HAILSTATE #OMADAWGS

Who did he turn down in all this and why?

Well, the 19-year-old pitcher from Brandon High School received a signing deal with the LA Dodgers. After a month of weigh his options, Ginn decided to turn down the offer “to pursue [his] lifelong dream of playing college baseball for the Mississippi State Bulldogs.”

The Dodger’s selected the right-handed picture as their first round pick. With the deadline looming closer — Friday, July 6 — the high schooler made his decision and began training with Mississippi State.

Ginn recorded a .36 earned-run average according to the LA times. He claimed 195 strikeouts over 110 Innings and fielded for .938 over his four years with Brandon High School, according to MaxPreps, the primary information source for high school players and teams. Growing up just two hours south of Mississippi state, Ginn considers playing for the Bulldogs his “lifelong dream” and is in question a heavy factor in his decision.

Meanwhile, the Dodgers’ second round pick, Michael Grove announced he had sign with the LA team. Grove pitched for West Virginia but was placed on the injury reserves last year after receiving Tommy John surgery. He recorded a 2.87 ERA with 61 strikeouts over 47 innings and nine starts his sophomore year in 2016. His pitching speed averages between 87 and 95 mph.

The Dodgers will receive compensation for being turned down by Ginn. The bonus pool money connected to Ginn’s slot will be set aside for next summer’s draft and the LA team will receive the 31st overall pick in next year’s draft.

I am blessed to say that I have decided to continue my career and sign with the Los Angeles Dodgers organization. Thank you to all my teammates who made the last 3 years the best time of my life. Excited for the future, always a Mountaineer.