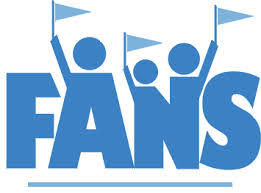 LOS ANGELES — It’s weird to think that there are still people out there who don’t have social media especially celebrities. Fortunately, there are some great professional athletes who have a killer social media game.

Michael Brockers is one of the best Ram players at posting on twitter. He has keeps a great upkeep of his twitter, posting multiple times a day and interacting with his followers. Brockers keeps up a consistent posting to his following and promotes not just Ram events but also what he’s doing in his personal life. While he’s not as consistent on his Instagram, Brocker has them linked making it easy for fans to not miss a post by him.

I’ll tell you what the name on the front of the @NFL jersey is a heck of a lot more important than the one on the back #tbt to when I got drafted to the @RamsNFL #ramily #NFLDraftDay pic.twitter.com/wznf3BjbI5

What Tyrell Williams lacked on Instagram — posting just once a month or so — he made up for on Twitter. The wide receiver entertains follows with clever tweets, music recommendations and updates on training in the off season. While Williams shares some strong music choices, he gives occasional updates on California whether complaining about the traffic or the local egg hunting event for special needs children.

Is the left lane the fast lane everywhere else in the world except SoCal? Or I’m trippin?

Cooper Kupp is probably the most dynamic of all the Rams players on social media. He offers a great balance of professional and personal life posts that allows to feel like they know who he is, varying in subject matter such as his wife, dog, baby and football. Kupp appears to keep things real on social media and engages fans in his regular life. From laying in bed with his wife to stand out moments in the NFL, Kupp posts consistently and maintains a strong instagram promise for followers.

The best kind of #AirMax, is the kind that distracts people from your golf swing. #RipItLikeRory #AirMaxDay

Mike Pouncey is probably the only Charger that keeps up and posts often on Instagram. What makes Pouncey great to follow is the adorable posts about his son playing football already. It’s enjoyable to watch the football star’s little boy starting on the same path he did years ago, but even if you aren’t a kid person, he keeps things varied with posts on football and the latest Charger news. He even gets into the Instagram game with throwback photos of his career or of his siblings growing up.