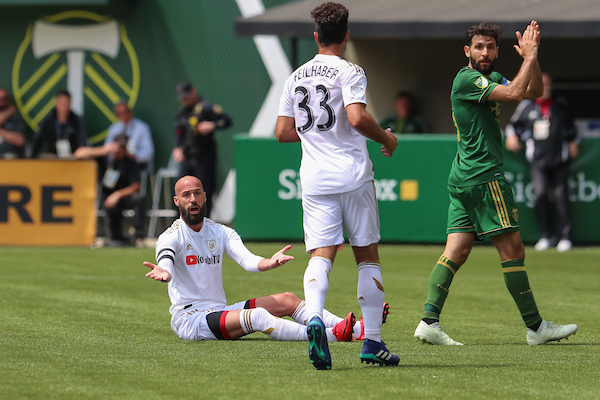 SANTA MONICA —For the first time in weeks, LAFC lost a match.  Portland Timbers brought LAFC’s six-game winning streak to an end in the Great Northwest as The Timbers edged out the LA team 2-1 Saturday night. 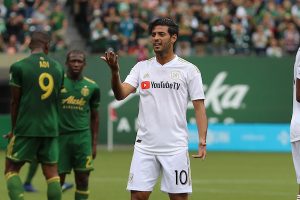 LAFC struggled to keep the advancing Portland frontline out of the box as the Timbers managed to get two close shots within the first 15 minutes of play. However, both teams managed to keep a quiet first half going into the locker room knotted up at zero, but a vital foul just outside the 18 after the first half would cost LAFC greatly as Cristhian Paredes boots in a rebound shot in the 52nd minute to reignite the Timbers. LAFC’s Carlos Vela would comeback to equalize the shot in the 74th minute, but it wasn’t enough to quiet the spirits of Portland who slipped in a shot eight minutes before the final whistle.

LAFC’s performance was subpar to the way its been playing. The LA rookies just managed to get off 10 shots against Portland, going 5 for 10 for shots on goal during the game. It did manage to control the majority of the game with 60 percent of the possession but didn’t show its typical aggressive play Saturday night. Fortunately for LAFC, the loss did not affect its standings, remaining second in the Western Conference — four points behind Sporting KC.