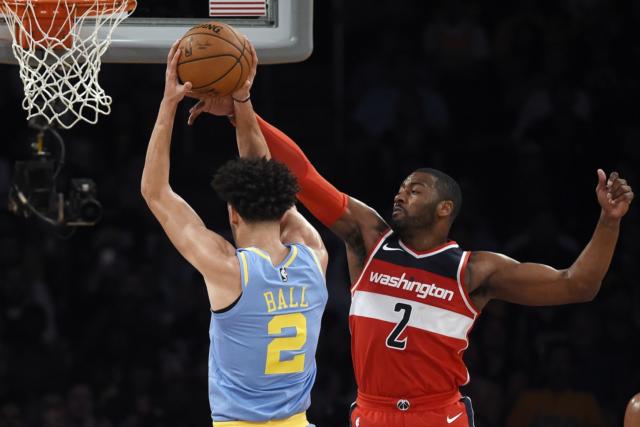 SANTA MONICA – After their last overtime loss to the Los Angeles Lakers the Washington Wizards weren’t going to let this lead slip away, as they blew out the Lakers at the Capital One Arena on Thursday night by a score of 111-95.

At the end of the first quarter the game was still within reach for the Lakers. But after the Wizards seized a big lead in the second quarter, the Lakers were never able to get back into the game, in part due to a lack of offensive production and lackluster defense.

Playing in back to back games, the Lakers seemed to lack the same energy they had the night before against the Celtics when they nearly erased a 21 point deficit. Spearheaded by a combined 65 point performance from Wizards stars John Wall, Bradley Beal, and Otto Porter Jr., the Wizards offense proved to be too much for the Lakers. All Star point guard John Wall ended with 23 points, 5 assists, 8 rebounds, and 3 blocks, with his counterparts Beal and Porter contributing the other 42 points.

In contrast to the thriving Wizards offense, the Lakers were struggling to make a shot. They ended the night shooting 36 percent from the field and 13 percent beyond the arc. But most notably showcased in this game was rookie Lonzo Balls ongoing shooting struggle. The second overall draft pick was held to 10 points and shot 3/12 from the field, bringing his field goal percentage for the season to a meager 29.2 percent. But Ball still managed to find ways to impact the game in other ways, ending with eight rebounds and assists.

The loss brings the Lakers record to 5-7, and they hope to bounce back against the Milwaukee Bucks at the BMO Harris Bradley Center on Saturday night.