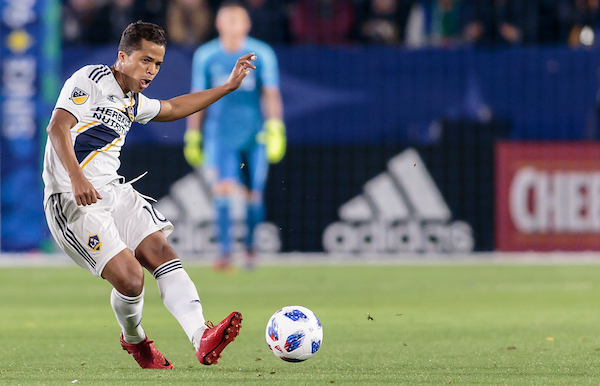 👏This guy had himself a day. #PORvLA

It’s hard to say LA outperformed Portland as the Timbers went 10 for 18 on the night, controlled 54 percent of the possession and tallied 11 corner kicks, but the Galaxy’s backline did wonders to keep the team alive. David Bingham kept the Galaxy alive after he was cleared from his questionable status prior to the game. He made nine saves on the night with six of them in the first half, becoming the third keeper with the most saves in the first half, according to ESPN Stats and Info. The keeper denied a number of quality shots from all sides Saturday, conceding Portland’s sole goal on a penalty kick.

LA took an early lead against Portland despite only going 3 for 16 on the night. Receiving a pass into the box, the Galaxy’s Chris Pontius flicked the ball past defenders with his back heel. Faking out the defenders, Pontius booted the wide open shot around keeper Jeff Attinella in the 20th minute for the 1-0 lead.

The Galaxy move to 5-2-7 on the season and will return to face the Real Salt Lake Saturday at 7:30 at home.