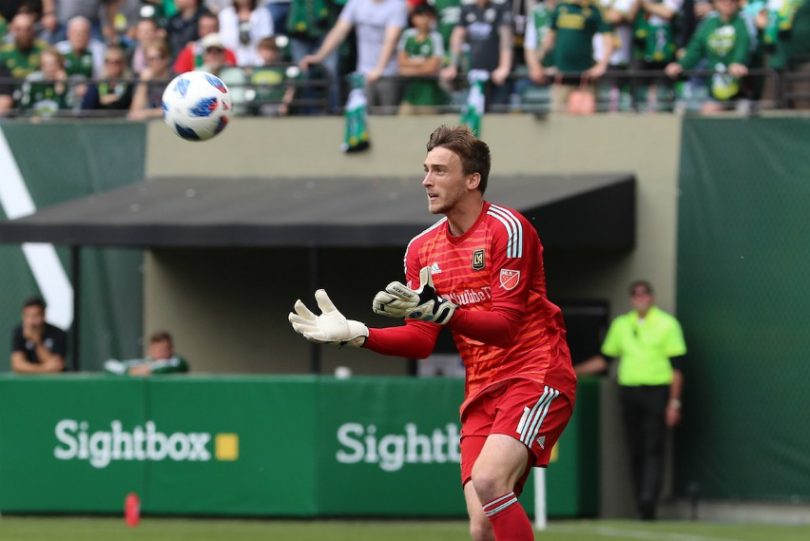 SANTA MONICA — Do not pass. And Portland never did; LAFC Tyler Miller wouldn’t let them. Miller kept Portland out, leading LAFC to a 0-0 draw with Portland on Sunday afternoon at Banc of California Stadium.

The @sanmanuelcasino Thrill of the Match: @tyler_miller_1’s sprawling save to deny Diego Valeri.

Miller may have had the best day of his life. He recorded three out of his six saves in the first 20 minutes and kept the crowd cheering throughout the day. He kept a clean sheet on the night, saving six shots on goal and pulled in four of his six saves to hold Portland to two corners. Portland went 6 for 11 shots on the night.

While Miller worked his magic on the backline, the LAFC offense worked its way up the field controlling most of the game. The home team went 6 for 13 shots on goal on the night, recorded 11 corners and possessed 57 percent of the ball. LAFC saw its first attempt on goal in the 11th minute, but Carlos Vela struggled to get a foot fully on the shot and watched it bounce straight at the keeper. However 19 minutes later, LAFC sent the ball to a crashing Adama Diomande who nearly sneaked the ball above Portland keeper Jeff Attinella but saw it denied at the last minute as Attinella just got a hand on the shot, preventing LAFC from drawing first blood and keeping things locked in at 0-0.

What a performance from @tyler_miller_1 💪 Highlights from our 0-0 draw with @timbersfc, brought to you by @sherwinwilliams