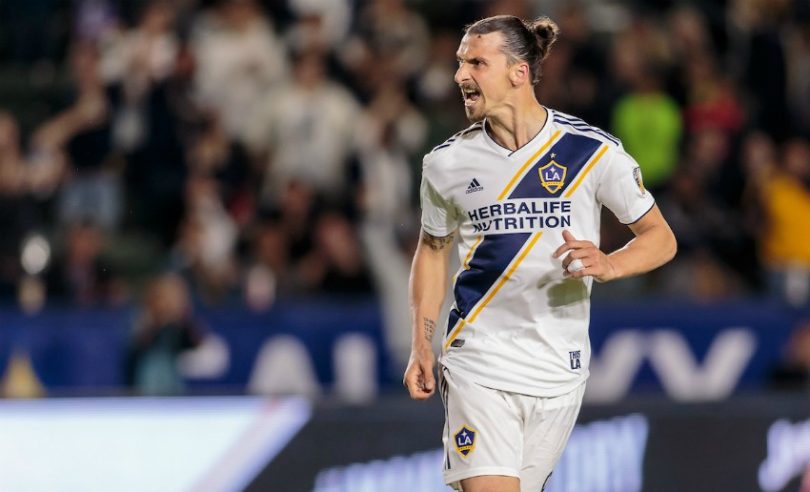 SANTA MONICA — This is what soccer is all about. The LA Galaxy edged out Orlando City in a 4-3 victory at the StubHubTennis Center Sunday night in LA.

LA and Orlando duked it out on the field, never giving more other room to escape the others grasp. The two teams went goal-for-goal down to the wire, but LA ultimately found the upperhand. Orlando struggled to stop the LA star forward Zlatan Ibrahimovic who claimed a hat trick by the end of the night including the game-winning goal. In the 71st minute, Ibrahimovic settled a deflected ball and pushed it into the back of the net undefended. Orlando had no idea what hit them until it was too late and the Galaxy led 4-3 with 19 minutes of play left. Ibrahimovic scored previously in the 47th and the 67th minutes off a pair of crosses from Giovani dos Santos and Ola Kamara.

LA was unstoppable compared to Orlando though. The Galaxy went 10 for 23 on goal, doubling its Orlando’s shots on goal. LA recorded five corners, coughed up nine fouls and two yellows and tallied 528 passes with a 85 percent passing accuracy.

However, not everything about the Galaxy’s performance was great. In the 44th minute, Orlando pushed the frontlines, setting up their attack to claim a 2-1 lead. However, the City never needed to shoot the ball to score. Sacha Kljestan went to pass the ball in the box for an attack on the left hand side, but the ball never made it as it got caught up in LA defender Michaël Ciani’s feet and bounced off his heel into the goal, handing Orlando the lead off an own goal. LA shook off the mistake and rallied back for a 4-3 win.