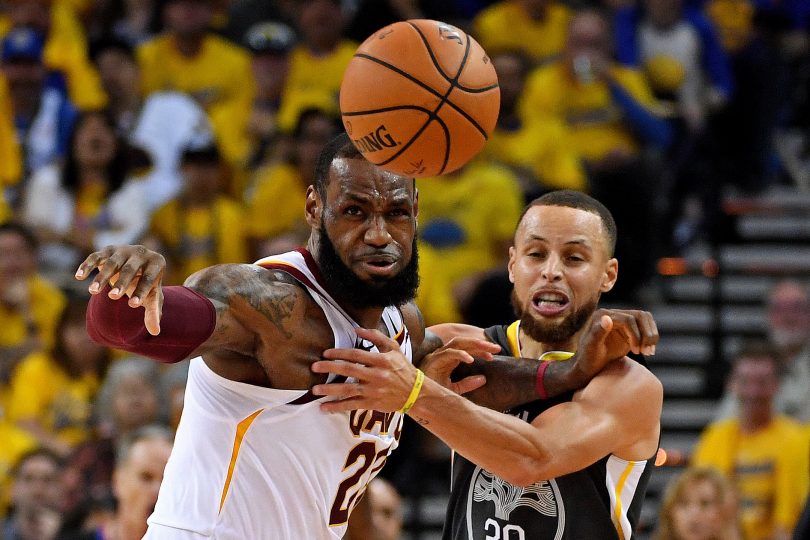 SANTA MONICA —  It’s hard to know whether you’re watching the 2018 NBA Finals or just rewatching 2017. In a repeat of history, the Golden State Warriors took its third straight win over the Cavaliers last night in Cleveland, winning 110-102 in game three.

The finals have mirrored 2017’s in many ways. The 19 point difference in both game twos. The 3-0 lead off by the Warriors. Even down to a shot Kevin Durant made in game three of 2017 that he mirrored in last night’s matchup. However, the Golden State Warriors appear to be on such a hot streak it seems inevitable they’ll end the Finals quickly rather than draw it out to a fifth game.

Despite being down by 10 or more numerous times in the first half, the Warriors walked out of the locker room looking at just a six point deficit, and within minutes of starting the third quarter, they had erased the deficit all together. Their secret? Finishing their shots. Golden State shot 34.6 percent from beyond the arc and 51.9 percent overall which seems to be the only thing that mattered last night as Cleveland pulled in 56 rebounds with 15 being offensive.

The Cavs could do nothing to slow down the  Warriors. Kevin Durant was on fire with no one to slow him down. He outscored Lebron James by 10 points, draining 21 of his 32 shots and going 7 for 7 at the line while the rest of the starters all scored 10 or more points.

James and Kevin Love put on a good show in the first half, recording 33 and 20 points respectively on the night and slamming a few down. James even pulled a mirror shot of Michael Jordan’s slam dunk against the LA Lakers, but the all-round performance from the Warriors proved too much for the Caveliers. The Warriors are now 3-0 in the finals with the chance to take home back-to-back championships should they win game four on June 8 in Cleveland.