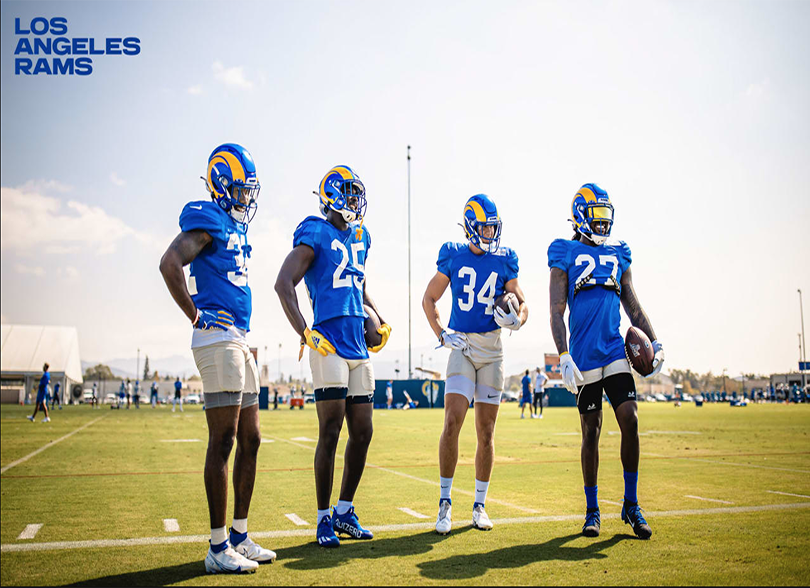 Starting in 2021, the NFL decided to reduce the traditional preseason schedule from four games to three. This shortened preseason allowed for teams to quickly put together a strong 53-man roster ready to begin the Season in early September. The Los Angeles Rams did not have a dominant performance on paper, ending their preseason with a losing record (0-3), they will look to press the restart button in September. Although preseason results are not the most accurate form of a team’s abilities because key players are not represented during preseason, it still allows for coaches to understand the capabilities of players both young and old.

The Rams faced the Los Angeles Chargers, Las Vegas Raiders, and Denver Broncos. Battling the Chargers for the first time in their shared home the Rams trailed the Chargers (6-13), Trishton Jackson, an undrafted wide receiver from Syracuse, went for a 4-yard touchdown assisted by Bryce Perkins. This would be the only TD belonging to the Rams and the extra point was missed resulting in a total of 6 points for their Sofi debut. Following into week 2, the Rams looked to host newly relocated Las Vegas Raiders, the teams kept the game competitive, but the Raiders would take it by one point (16-17) in Ram’s territory. Bryce Perkins continues to make a name for himself in game two, he threw for 208 yards on 26 completions, two TD’s, and rushed for 41 yards. Perkins displayed strong athleticism and the ability to create his own plays.

Finally, the Rams took a two hour plane ride to Denver to face the Broncos in the last week of preseason play. The Rams fell short by five points to the Broncos resulting in a final score of 12-17. The Rams offense struggled to find the endzone and leaned on kicker Matt Gay to produce all the points on the scoreboard. Despite the results of preseason, the Rams are looking to be a dominant opponent throughout the 2021-2022 season.