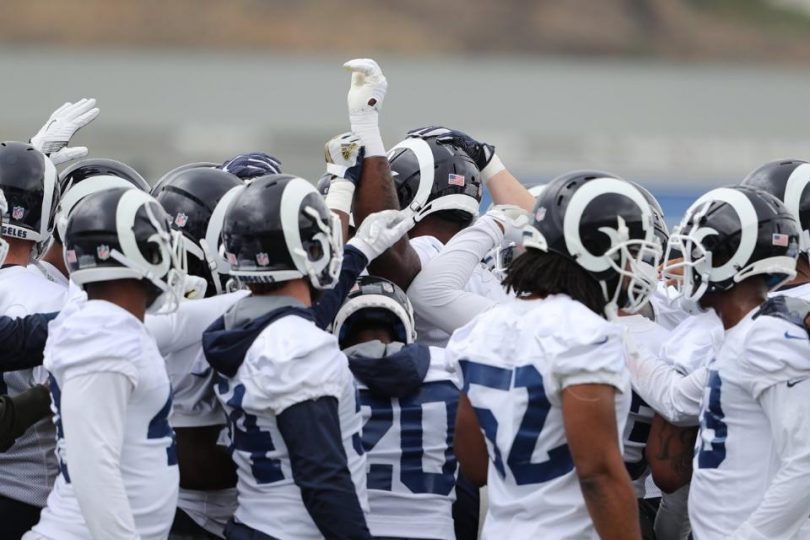 SANTA MONICA — LA kicked off its off-season training earlier this week, and they felt pretty good about it. The Rams hosted its first organized team activity on Monday, getting the team back together and warming up the team.

Much of the Rams OTA runs like a regular practice. They run plays, work on technics and begin testing some of the new blood. The only difference is players don’t wear their pads since the NFL mandates no live contact is allowed during various periods of time during the off season — mostly during phase 3. But like many coaches, that did make Sean McVay deter from running his players ragged and getting them in shape for the 2018 season.

However, it’s not just a time to practice for some. Those new to the team have a lot to prove and these early training workouts are the exact time they need to put everything on the field. Brandin Cooks did just that.

Cooks left several of his new teammates impressed on Monday. Despite not knowing what to expect or many of the plays, many Ram starters noted his work ethic and performance so early in the off season, noting Cooks’ desire “to learn” and “want[ing] to be great.”

“A great receiver, been a great receiver since college,” running back Todd Gurley said. “He has three or four 1,000 yard seasons for a reason. A fast guy [and a] hard worker in the weight room and in the film room. Just good to have him as part of our offense.”

The Rams are scheduled to start its preseason training camps on Saturday, July 29, at 3 p.m. at Microsemi Field at UC Irvine.