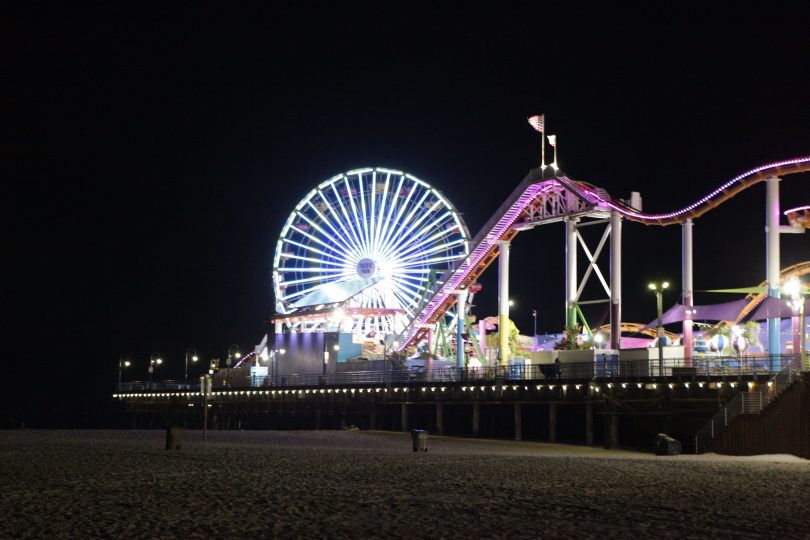 SANTA MONICA — LA Galaxy lit up the night with its celebration countdown to the 2018 season opener on Sunday. Fans traveled from around LA to share in support of the Galaxy’s bright future after a 8-18-8 season in 2017.

“Urgency is a good word because we are LA Galaxy and have to be at least in the playoffs,” explained LA Galaxy midfielder Romain Alessandrini. “This year especially in the preseason we learned how to work together to get better, to be better. We’ll see what happens this year.”

It wasn’t long before waiting fans broke out into the Galaxy chant in anticipation to begin the celebrations, and when Galaxy midfielders Jonathan dos Santos and Romain Alessandrini and legend Cobi Jones walked in, the celebrations really began. Fans flocked to the midfielders as they sought out a souvenir to remember the night by. It wasn’t too long before Galaxy President Chris Klein was calling for everyone’s attention.

Once the welcome and formalities from the president were done, Jones kicked off the lighting ceremony, shooting on a mini soccer goal. Klein followed suit soon after Jones before one lucky season ticket holder scored the final goal that lit up the Pacific Wheel on Santa Monica Pier, illuminating the Galaxy crest.

“It’s nice. It’s nice to see the LA Galaxy on [the Pacific Wheel], you know,” said Alessandrini. “I’ve been [here] with my girlfriend before to walk around, but now with this, it’s really crazy for us and is nice for the fans too.”

Once the wheel was lit, fans enjoyed a little more time with the Galaxy players before dispersing home for a good night’s rest in preparation for tomorrow’s celebrations.

“Yeah, it’s nice to see all the fans, and we are really excited for the new season,” said Alessandrini about the evenings celebrations.

LA Galaxy will continue its events leading up to its season opener today, March 2, at Long Beach First Fridays from 6:30 to 9:30 p.m. The event will run from Atlantic Avenue to Bixby Road and San Antonio Drive in Bixby Knolls, Long Beach.