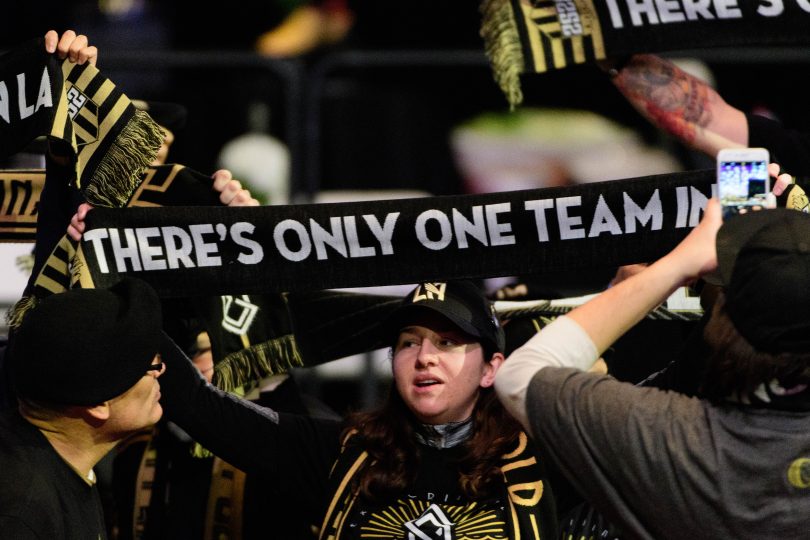 SEATTLE — The LAFC dove right into its inaugural season in style and proved its capabilities early on in its season opener Sunday afternoon, claiming a 1-0 victory over the Seattle Sounders.

LAFC knew it had a lot to prove as an expansion team going into its first-ever season opener, and they didn’t waste any time showing what they had to offer. Within the first minute on play, LA FC’s Latif Blessing dove into the box, connecting with Diego Rossi’s cross from the left side of the field. Unfortunately, for the away team, Seattle’s Stefan Frei managed to get a hand on it to keep it out of the net.

Rossie, however, made sure to quickly remind Seattle LA FC was there to play, putting in the game-winning goal in the 11th minute off a give-’n’-go sequence with Carlos Vela and Mark-Anthony Kaye.

But it wasn’t the LAFC offense that left people talking. Former Seattle backup goalkeeper Tyler Miller returned to Seattle to have the night of his life. The keeper became the hero of the game as he recorded seven saves while Seattle pounded in 7 of its 22 shots, but high number of shots didn’t seem to rattle the first year starter as he denied shot after shot including a low, diving save to the outside of the right side of the goal.

The win wasn’t just big because it started the LAFC franchise with a win, but it ended up a game of claiming a record goal as well as a clean sheet for the newcomers. Rossie’s goal took the record for the fastest goal scored by a MLS expansion team. Along with the goal title, Miller’s clean sheet became the first from an expansion team since 2009.