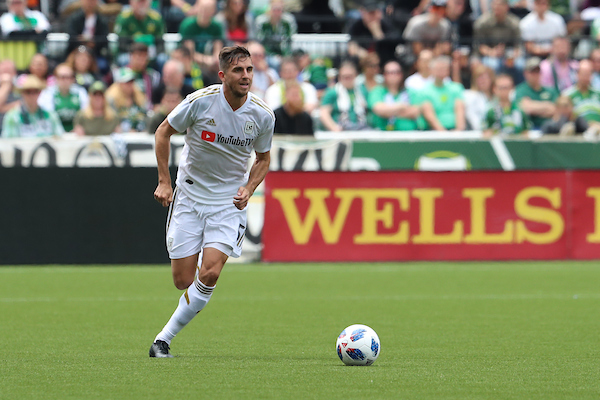 Santa Monica – A late foul in the first half would ultimately cost LAFC the win, putting the home team down to a 10-man spread. However, LA managed to hold its ground and walked away with a 1-1 win on Saturday night at home, maintaining its clean sheet at home.

Full highlights from Saturday night’s 1-1 draw against @dcunited, brought to you by @sherwinwilliams

LAFC took a big hit in the extra two minutes of stoppage time in the first hit. Right centre-back Dejan Jakovic challenged a D.C. United player for a loose ball, sliding in with both feet. The ref spent no time wondering what to call and pulled out a red within seconds of the collision before heading into the locker room minutes later. D.C. United would come out of the locker room and work to wear down LAFC’s new 10-man field until D.C.’s Paul Arriola would head the ball into the box to teammate Darren Mattocks who headed the ball through LAFC keeper Tyler Miller’s hands for the equalizer.

However, prior to the red card, LAFC held strong in the first half. By the 11th minute, DC was warding off three consecutive shots from just outside the box from the home team. By the 21st minute, LAFC was knocking on D.C. United’s door again. Threatening goals throughout the first half, LAFC wore down the struggling away team. Finally in the 39th minute, Diego Rossi capitalized on a misplayed cross inside the box and booted one around an off balanced David Ousted in goal to claim the first goal of the night and the 1-0 lead.

@diegorossi9 putting #LAFC up in the first half.

The match was anything but relaxed, gaining intensity with every passing minute. A handball called inside the box on D.C. United could’ve handed LAFC the lead, but it wasn’t long before the ref was changing his call and sent the ball out for a corner. While LAFC only saw its one red with 8 fouls on the night, D.C. recorded four yellows and 20 fouls to hold an intense level of play throughout the game.

LAFC moves to 6-3-3 on the season, maintaining its second place spot in the standings. However, with only 21 points, LAFC may lose its place in the coming weeks if it can’t clinch a win as Portland and FC Dallas sit at 20 points each. LAFC returns to the pitch next Saturday to face FC Dallas at 5 p.m.