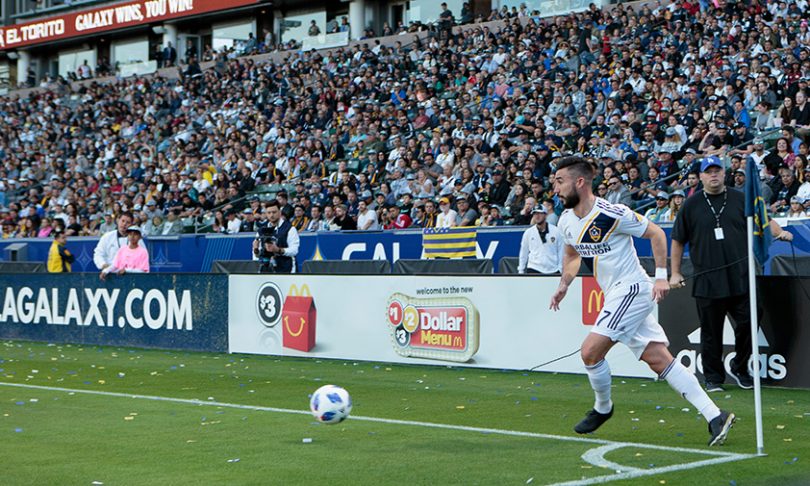 From Auburn versus Alabama to the Lakers versus the Celtics, rivalries have drive sports to newer heights. The birth of a rivalry is created by many factors from fans, records or proximity to each other, but the greatest are the ones that go on for decades and for some, that is the hopeful result of LA FC and the LA Galaxy.

With meer miles between, their stadiums the LA teams are destined to be great rivals, packing the stadiums three times a year with fans from across the city, and where better to have put the two teams than in the United States’ second biggest city.

In their first match up, the stadium sold out about a week out from the game, packing its seats with fans from around the area, and it’s doubtful any fan found the match disappointing. LA FC showed its dominance early on against the LA Galaxy, putting in two of its three goals in the first 26 minutes of the night, but the rookie team didn’t stop there. They returned in the second half to put another goal in by the 48th minute.

However, LA FC couldn’t seem to hold on after that. The Galaxy found its rhythm in the 61st minute when Servando Carrasco stole the ball from LA FC and passed it to Sebastian Lletget pushed it into the back of the net, but it was the momentum shift the Galaxy needed. They would continue over the next 30 minutes to jump to a victorious 4-3 ending after trailing for the majority of the game.

An ending well worthy of two rivals and opposites in every way. The teams appear to be well on their way to one of the greatest rivalries in sports history. Like Alabama and Auburn, they’re fighting to be king of the turf with such a close proximity to each other. Like Michigan and Ohio State, the two teams competed fiercely for a win even if it was only an exhibition match. Like Duke and North Carolina, the fans are dedicated and fierce.

It’s the foundation of a great rivalry, and potentially one of the best in pro sports especially since like the Patriots, it’s easy to hate on the Galaxy for its long running success. Many people may just enjoy the new competition thrown its way.

Is this the next great rivalry to appear on the front page of the sports section? It’s definitely on its way to becoming one; it just depends on seeing if LA FC can keep up with the long standing success of the Galaxy.