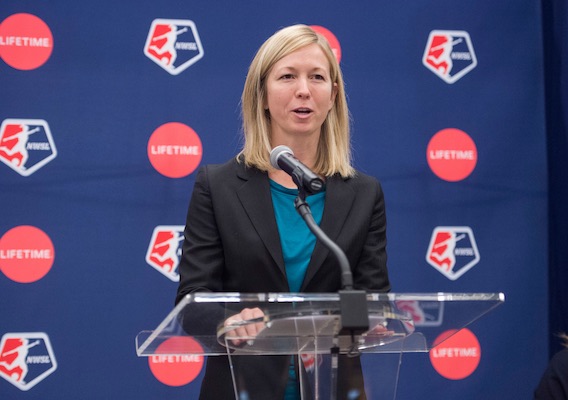 SANTA MONICA — With the MLS’s expansion of the LA FC, the only question begging to be answered is when will LA get a NWSL team? The city has become riddled with professional sports teams, and it’s a wonder why the NWSL hasn’t thrown its hat into the ring.

While the NWSL has stated its interest in expanding to LA, the league hasn’t made any moves to get the ball rolling on the expansion. However, it seems like a no brainer after seeing the success of Chicago, Portland, Seattle and Orlando who are backed by their MLS counterparts. The four teams have found stable homes and extra support from the male teams backing them, and with the introduction of a second team in LA, it’s about time the NWSL made its move.

With the ability to look at a partnership with one or both MLS team, LA would provide the stability needed to expand the NWSL. The support of an existing MLS team would make the introduction of the new team easier and more cost efficient as it wouldn’t have to pour expenses into a new stadium and allow costs to cover the necessities of equipment. Along with the partnership, the professional men’s team would be able to help promote its counterpart team, drawing in fans from the MLS.

With the collapse of the Boston Breakers, now seems like the time to move for the NWSL expansion to LA. Former league commissioner Jeff Plush set the goal to have the league expanded to 14 teams by 2020. However, the league has come to a stand still, having been forced to relocate two teams and disassemble one team completely. While the relocation of the NC Courage has failed to slow down the team, the NWSL should shift its focus to establishing teams in city’s already pioneered by the MLS.

What’s stopping them though could be the lack of offers from MLS teams. The NWSL has had its hands full over the last year, attempting to keep its current teams running. While it has spent the offseason finding owners for FC Kansas City and the Boston Breakers, the league has had little time to think about expansion. An offer for partnership from LA FC or LA Galaxy might potentially help women’s soccer take off in the City of Angels.