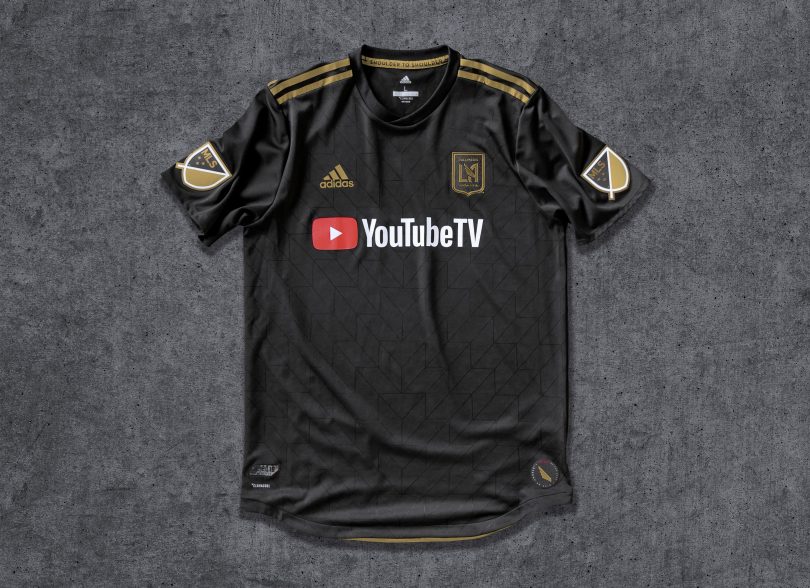 LAFC’s  kits were designed to honor the city of Los Angeles, with the Club’s primary “Black and Gold” kit and the secondary “Inaugural White” jersey featuring designs inspired by LA’s art deco and the architecture of downtown LA.

“Los Angeles is a global city and we wanted to create a jersey that embraced the global game while also paying homage to the design and culture of our great city.” said LAFC President & Owner Tom Penn.

Plastered in the center of the LAFC jersey is the YouTube TV logo, which is a part of the deal that happened in January which included YouTube Tv securing the rights to be the official live TV partner of LAFC.

“LAFC is an innovative Club and we are innovating the live TV experience,” said YouTube TV & Originals Marketing Head Angela Courtin. “We are proud to be on the front of their jersey, celebrating the Club in its historic first season.”

The jersey includes the Club’s black-and-gold color scheme with both the black and white jersey featuring gold trim as well as the unique LAFC crest at top of the YouTube TV logo.

It features the message “Shoulder to Shoulder” on the neck tape of both jersey’s to spread the message of unity among supporters as well as to make a reference to how the Club was built with community and city partners. The primary kit has a “Heart of the City” jock tag to reference the clubs location and the secondary kit has an “Inaugural Season” jock tag.