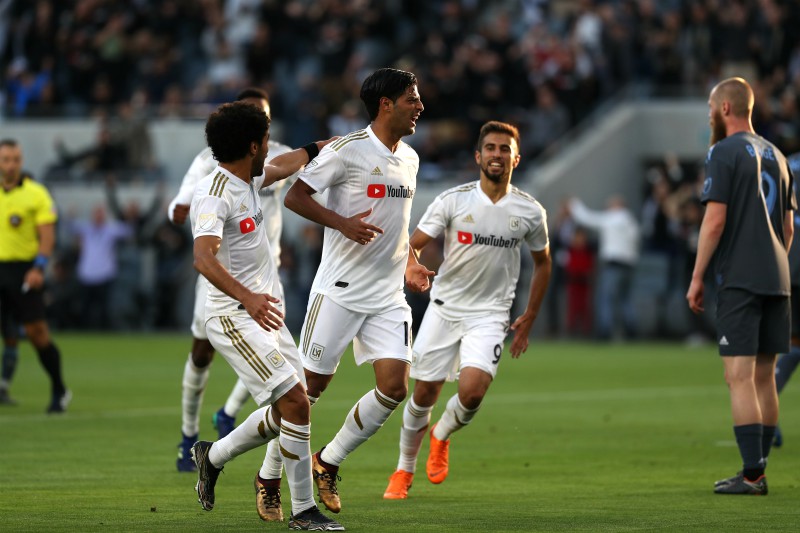 SANTA MONICA – LAFC had the production capabilities to win but fell short with its ability to finish. Well other than its unbeaten title at the Banc of California Stadium. The new MLS expansion team looked poised to take the game with a 2-1 lead, but the newbies were unable to maintain the lead and settled for a 2-2 draw with NYC FC Sunday afternoon.

Highlights from another epic night at @bancofcaliforniastadium, brought to you by @sherwinwilliams

LAFC production is nothing short of fantastic. Recording 47 percent of the possession, 21 shots on goal and 14 corner kicks, Los Angeles’ stats should leave sports goers speechless. However, while LAFC can put up the number, it can’t seem to put them on target. In a repeat of last Saturday’s game, the LA team managed a high number of shots, but once again failed to put more than a couple of shots on target. In fact, Los Angeles struggled so much that New York City’s Sebastien Ibeagha score LAFC’s first goal of the night in the 23rd minute.

Los Angeles’ Carlos Vela stepped up big for LAFC, scoring the lone goal for Los Angeles to steal the lead 2-1. Vela managed to recover a misplayed ball inside the box during the 66th minute and boot it in. However, less than 10 minutes later, New York put in the final goal of the night to knot everything up 2-2.

The @sanmanuelcasino Thrill of the Match: @carlosv11_ scores the first #LAFC goal in the North End!

Despite the draw though, Los Angeles has managed to remain unbeaten at home since its grand opening a few weeks ago. LAFC’s performance may be struggling a bit currently, but it has managed to start its inaugural season with a bang as it settles in a the top of the Western Conference standings just behind Sporting KC who has claimed the top spot. LA’s record has handed the rookie team the best start of any MLS expansion team to date.