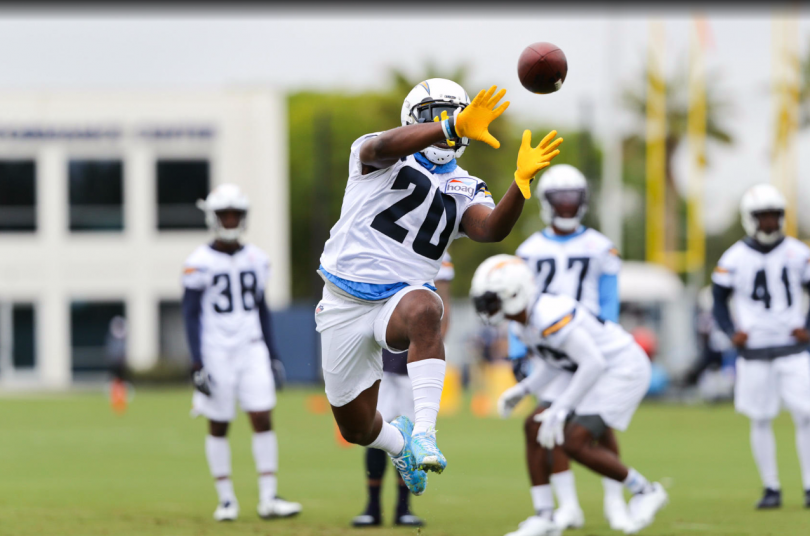 SANTA MONICA – The LA Chargers have taken a big hit, and its season hasn’t even started. The Chargers kicked off their organized team activities early last week, and before they knew it, third-year tight end Hunter Henry was out for the season.

At the end of last year, LA made a bold decision and let go veteran tight end Antonio Gates go, ready to upgrade to a younger model, Henry. The younger tight end had showed much promise over the last two years under Gates, and the Chargers were ready to utilize his capabilities.

In 2016, LA drafted Henry second overall and was its first pick heading into 2018. Henry recorded eight touchdowns and as a second year tight end became a vital part of the Chargers offense. However, the Chargers head into 2018 a little disappointed, no longer able to take advantage of the young tight ends skills and athleticism.

Henry was announced out for the entire 2018 season after suffering an ACL tear in his right leg. It is unknown who the chargers will pick to start in the upcoming season, but the Chargers are anything but short of options with Virgil Green, Sean Culkin and Cole Hunt available. However, no one has counted Gates out quite yet as he floats around as a free agent without a home.

In other news, wide reciever Melvin Ingram was not around for the Chargers’ OTA. However, the coach has already stated he is not worried and that Ingram’s reasoning for not showing up is between him and the team. It is also common knowledge that OTA’s are a voluntary practice and not a requirement for them to show.

The absence of the standout receiver allows other less experienced players to find some additional time on the field. Testing non-starter Chris Landrum in Ingram’s position, the Chargers quickly adapted to Ingram’s absence. Landrum managed leave a pretty decent impression on the Chargers as well. Joey Bosa will join Ingram as the Chargers’ starting wide receivers.

The Chargers have four months to figure out the set back it experienced from Henry’s ACL and appear to have no desire to rush the process. LA has some good prospects though as it heads into its new season. With an ever growing array of options, the Chargers will be able to know which way it wants to go next season.