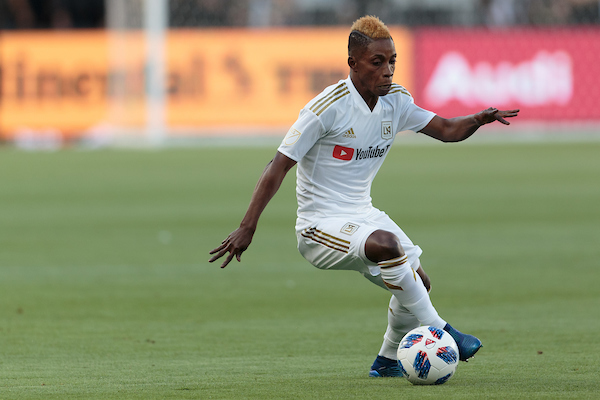 SANTA MONICA — LAFC knew it was going to be a tough match when it took the field Saturday afternoon against FC Dallas. Sitting at second in the Western Conference, FC Dallas extended its winning streak to six with a 2-1 win over LAFC.

Back to Los Angeles. Full highlights from #DALvLAFC, brought to you by @sherwinwilliams

Dallas claimed its first goal of the night by the 25th minute. A deflection off Joao Moutinho went array and flew straight into Dallas’ Reto Ziegler’s path. Ziegler headed the ball in uncontested to put the home team up early. While it took Dallas some time to find its second goal, LAFC still sought out its first. Down 2-1 LAFC needed a big play to stay in the game in the last 30 minutes of regular play. Then it came.

In the 60th minute, Adama Diomande found LAFC’s chance. Dumping the ball off to Benny Feilhaber, Diomande took off toward the goal, catching Dallas’ defense off guard. With a mock-up of the give-and-go, Feilhaber passed the ball back to Diomande who pushed it into the back of the goal to revive LAFC chances for a victory. Alas, it wasn’t enough as LAFC saw after shot stopped by the Dallas keeper.

The @sanmanuelcasino Thrill of the Match: @tyler_miller_1’s great night in goal!

LAFC drops to 6-3-4 on the season and will be back in action next Saturday where it’ll face San Jose at 7:30 p.m. at Avaya Stadium.