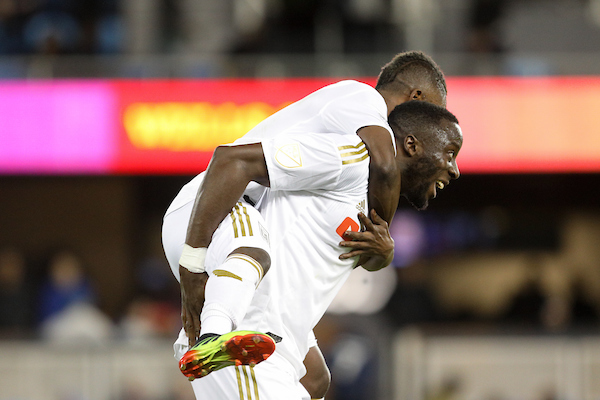 SANTA MONICA – While Columbus Crew was snoozing, LAFC cruised to a 2-0 victory over on Saturday at Banc of California Stadium.

It was over in the first 10 minutes. LAFC put in the game-winning goal in the 8th minute of play. While Columbus seemed to be asleep, LA strung together three passes to put the ball unguarded behind three of Columbus’s four defenders. LA’s Latif Blessing dumped the pass inside to Benny Feilhaber who pushed the pass to Lee Nguyen. Nguyen quickly passed up to Adama Diomandé. Diomandé booted the ball low and to the left of the keep for LAFC’s second goal. The goal appears to have woke Columbus up as it held LAFC to 2-0 the rest of the game.

We’ve seen this before. @laurentciman23 drops the hammer.

However, it was a little too late for Columbus, having conceded a goal in the fourth minute as well. A Columbus foul handed a direct kick to LA more than thirty yards out. Laurent Ciman took full advantage of the mistake, bending the free kick around the defensive wall and bouncing it under Columbus keeper. LAFC went to finish the night 5 for 16 shots on goal and recording four corners.

LAFC improves to 8-3-4 while Columbus falls to 7-6-5. LAFC will return to the pitch on Saturday at 5 p.m. at home to face Philadelphia.