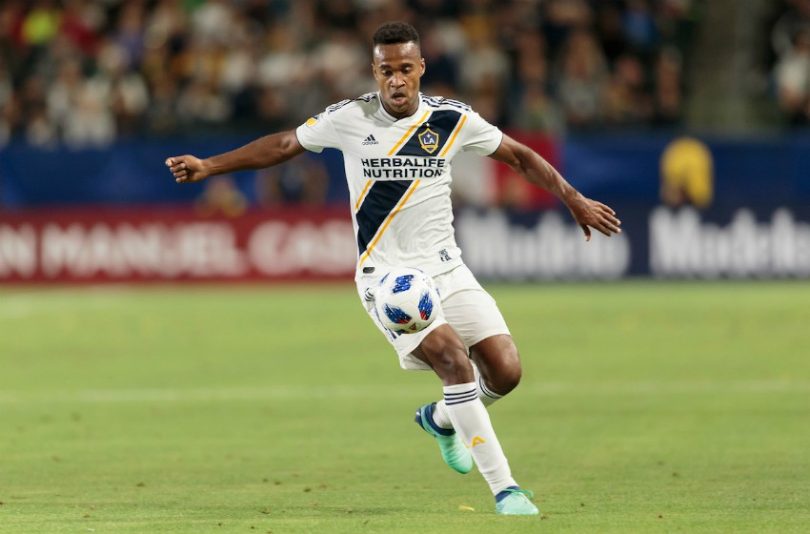 SANTA MONICA — It took a while for LA Galaxy to find its stride, but once they did, the Galaxy ran away with the ball. LA Galaxy rallied over Philadelphia 3-1 Saturday afternoon at Talen Energy Stadium.

It’s the best the Galaxy has looked in a while as they worked as a team on every goal. Romain Alessandrini dribbled into the box and dumped the ball off to Zlatan Ibrahimovic who pounds it into the back of the net for the game winning goal in the 63rd minute, but Alessandrini wasn’t done creating opportunities yet. A flawless corner kick from Romain Alessandrini led to an undefended header by Michael Ciani, extending LA’s lead to 3-1 in the 82nd minute.

LA originally fell behind after C. J. Sapong nicked a cross from Borek Dockal to adjust the shot around Galaxy keeper David Bingham who had committed to the original shot, but LA  wouldn’t have it. While they didn’t bounce back until after half time, the Galaxy came out with new energy after half time to break the defensive wall they faced. Connecting for the first time as a team during the game, Ibrahimovic passed a through ball to Ola Kamara as he crashed the goal. With the Philadelphia defense caught off guard, Kamara chipped the ball over goalkeeper Andre Blake as the keeper attempted to defend the shot to little avail.

WHAT A PASS. WHAT A FINISH. @iamzlatanibrahimovic and @olakamara get things level! 1-1!

The Galaxy improve to 9-4-7 and move to fourth in the Western Conference standings while Philadelphia falls to 7-3-10. LA will return to face LAFC on Thursday, July 26, at Banc of Life Stadium at 7:30 p.m.