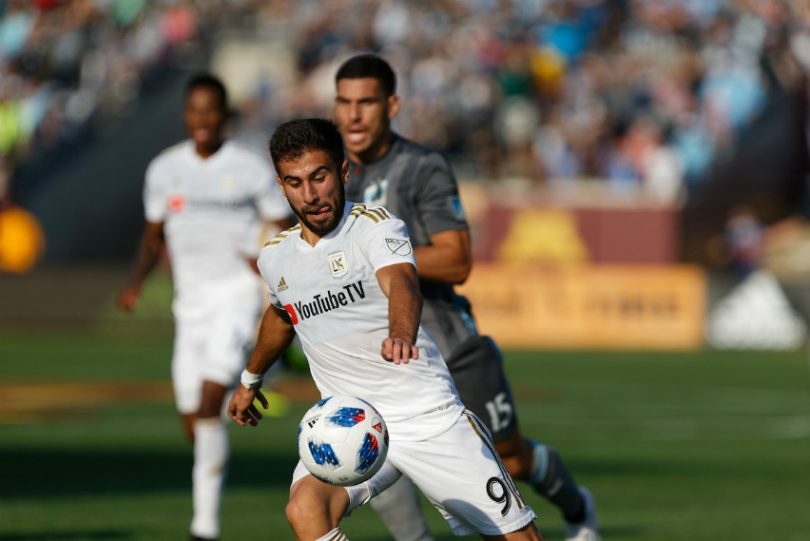 SANTA MONICA — The rivalry continues, and the Galaxy continues to lead 1-1-0. LAFC failed to hold off LA Galaxy Thursday at Banc of California Stadium, drawing 2-2 with the cross-town rival.

LAFC watched another lead evaporate within minutes. After holding the Galaxy off 2-0 for 90 percent of the game, LAFC lifted its foot off the gas, and the Galaxy wasted no time taking advantage. With a cross from Ibrahimovic, Romain Alessandrini bursted into the box and settled the cross with his chest before booting the ball just under an LAFC defender to put the Galaxy back in the game in the 82nd minute. The revival of LA Galaxy appeared to get into LAFC’s head as the Galaxy intercepted a long back pass from André Horta to goalkeeper Tyler Miller. Ola Kamara intercepted the pass at the top of the box seconds before Miller would reach the ball and burned Miller at the top of the 18, providing plenty of time and space for Kamara to tap in the goal in the 86th minute.

Prior to the last 10 minutes, LAFC dominated the game, netting its first two goals within the first 20 minutes of play. The home team went 7 for 18 shots on goal and recorded six corners throughout the night. In the second minute, striker Adama Diomande recovered a loose  ball and crossed it right in front of the goal. Carlos Vela leapt forward just in time to put a head on the ball and push it into the back of the net to put LAFC in the lead in the 7th minute. Thirteen minutes later, Lee Nguyen chipped the ball over the wall on a free kick and through David Bingham’s hands for a 2-0 lead.

LAFC move to 10-6-3, trailing FC Dallas in the Western Conference by six points while the Galaxy moved into third with a 10-5-7 record. LAFC returns to face the New York Red Bulls on Sunday, Aug. 5, at 3 p.m. at Red Bull Arena. The Galaxy return to action against Colorado on Saturday, Aug. 4, at 6 p.m. at DSG Park.