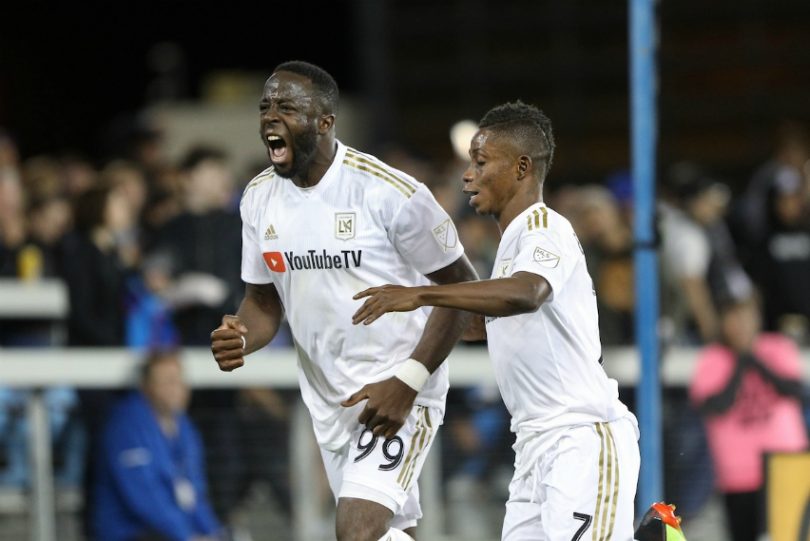 SANTA MONICA — Adam Diomandé can’t be stopped and is becoming a key offensive player for the new MLS expansion team, LAFC. Diomandé led LAFC to a 4-1 victory over Orlando City Saturday afternoon at the Banc of California Stadium.

Diomandé led LA offensively against Orlando. For the third game in a row, he netted multiple goals in a single game. However, this time he propelled LAFC to its 1-0 start. Mark Kaye collected the rebound off a defended shot and tapped the ball left to Diomandé who quickly dumped the ball into the back of the next while Orlando looked on in chaos in the 28th minute. Again the disarray inside the box helped Diomandé find a second goal in the 82nd minute. After a failed shot off a corner, the ball bounced directly infant of the Orlando keeper, catching the keeper off guard. Diomandé bicycle kicked the ball into the crossbar which deflected it just over the line in the goal.

An amazing night at @bancofcaliforniastadium! Full highlights from #LAFCvORL brought to you by @sherwinwilliams

LAFC had a great night for its offense though. Latif Blessing found a goal in the 32nd minute of play while Diego Rossi rounded off the night in the 84th minute with LAFC’s fourth goal of the night. The LA team went 13 for 19 shots on goal on the night, collecting four corners and recording a 88 percent pass accuracy. The offense managed to stay on the right side of the ball too for the most part, only receiving three offsides over the full 90 minutes.

LAFC improves to 10-4-4 and moves to second place in the Western Conference, trailing FC Dallas by one point. This is LA’s sixth win out of its last 10 games, going 6-2-2 over the last few months. Orlando hasn’t been so lucky, dropping to 6-1-11 after its ninth-straight loss. LAFC returns to action against Portland Sunday, July 15, at 3 p.m. at Banc of Life Stadium.