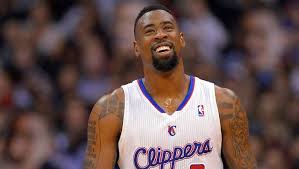 SANTA MONICA – Clippers center DeAndre Jordan has opted out of his remaining one year $24.1 million player option. And with that, the Lob City era in Los Angeles is officially dead.

Jordan has spent his entire ten year career with the Clippers where he was able to develop into an NBA all-star and an all NBA first team talent in 2016. He ended this season averaging 12 points and 15.2 rebounds.

It is rumored that the Dallas Mavericks will be making another run at Jordan after he nearly signed with them in 2015 free agency. After the center initially agreed to a four year $80 million dollar he backed out and ended up resigning with the Clippers. It was reported that Jordan’s teammates at the time and former coach went to his house to convince him to stay in Los Angeles.

The Mavericks have recently declined Dirk Nowitzki’s $5 million team option as well as rescinding offers of Doug McDermott and Salah Mejri in an appeared move to create cap space for the anticipated signing of Jordan.

With the loss of their franchise player the Clippers will be looking to develop its young players and add more talent to their roster this summer.